 Category Healthcare Jobs
January 6, 2020
Travel nursing can be a lucrative and rewarding career path.  You get to work with top professionals in the healthcare field, advance your career, and travel the country (or even the world) while doing it.  While travel nurses can work in a large variety of different locations, there are somewhere the demand and payoff is especially high. Here are the top five best cities for travel nursing.

There’s nowhere quite like the Big Apple.  Travel nursing can be the perfect way to spend some time in the city without committing to living there.  See the traditional sites like Time’s Square and the Empire State Building, go to a Broadway show, and make sure to eat lots of New York pizza and bagels while on your assignment.  The cost of living in NYC is high, but so is the salary: almost 49 dollars per hour. There is also generally a high demand for travel nurses just due to the sheer number of people living and working in the city.

Boston has a lot of things going for it without even considering your nursing career path.  Autumns in the city are beautiful, and its rich history lends itself to many museums, statues, and other places to explore.  Like New York City, the cost of living in Boston is high, and so is the average salary for travel nursing: around 48 dollars an hour.  That’s almost $100,500 per year if you get a long term placement. There are many high tier medical facilities in Boston. A travel nursing position here would most likely mean working alongside some of the country’s best doctors and surgeons.

You may never have heard of Stanford, but this next fact is sure to grab your attention.  This California city boasts the highest travel nursing salaries of 2019: $53.24 per hour.  This is where Stanford University is.  It’s the perfect place for your next assignment if you want to get a dose of California weather; the temperature is moderate all year round.  San Francisco is about an hour’s drive to the north, making it a great place to explore on your days off.

This is another city that’s less recognizable but has a lot of potential when it comes to travel nursing.  North Carolina is one of the top states for nursing when it comes to demand. While the salary won’t be as high as it would be in a major city like New York or Boston, the cost of living is much lower.  In fact, a one-bedroom apartment in this state is about 18 percent cheaper than the national average. If you don’t like the cold, moving to a southern state like North Carolina for a while is perfect for you.  Top-ranked healthcare facilities like Duke University Hospital are also in the Durham area.

There’s no place in the United States quite like Alaska.  The beautiful state is made for adventure with its huge mountains and separation from the rest of the country.  Because Alaska is fairly isolated, the demand for nurses is high, especially during the winter months. Taking a travel nursing position here is a great way to build your nursing career path while also having bucket list-level experiences.

No matter where you want to go, New Directions Staffing can help you find a travel nursing position that fits your specific needs.  They are committed to making long term connections with their clients, so you’ll be supported in every step of your travel nursing journey. 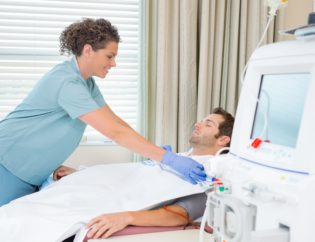 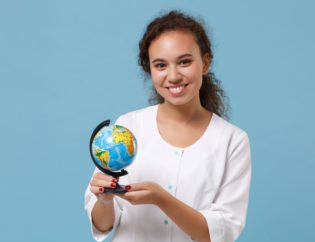 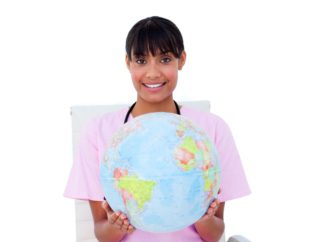 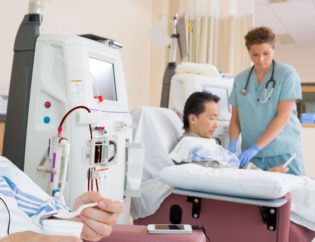 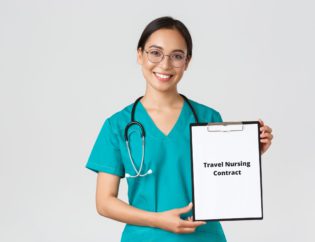 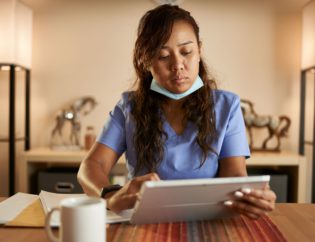 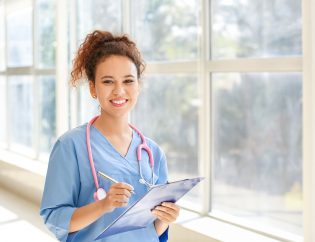 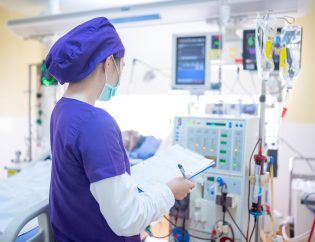 vamtam-theme-circle-post
 Category Healthcare Jobs
Nursing is one of the most sought-after careers today, and it can be one of...
 Tags dialysis nurse, dialysis nursing, nursing
Read More 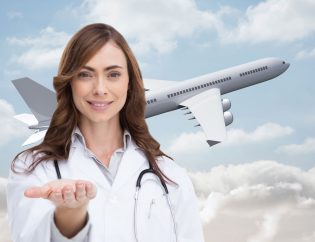 vamtam-theme-circle-post
 Category Healthcare Jobs
Being a travel nurse can be a challenge when it comes to finances. Your income...
 Tags travel nurse, travel nursing, travel nursing jobs
Read More

This website uses cookies to improve your experience. We'll assume you're ok with this, but you can opt-out if you wish. Cookie settingsACCEPT
Privacy & Cookies Policy

This website uses cookies to improve your experience while you navigate through the website. Out of these cookies, the cookies that are categorized as necessary are stored on your browser as they are essential for the working of basic functionalities of the website. We also use third-party cookies that help us analyze and understand how you use this website. These cookies will be stored in your browser only with your consent. You also have the option to opt-out of these cookies. But opting out of some of these cookies may have an effect on your browsing experience.
Necessary Always Enabled
Necessary cookies are absolutely essential for the website to function properly. This category only includes cookies that ensures basic functionalities and security features of the website. These cookies do not store any personal information.
Non-necessary
Any cookies that may not be particularly necessary for the website to function and is used specifically to collect user personal data via analytics, ads, other embedded contents are termed as non-necessary cookies. It is mandatory to procure user consent prior to running these cookies on your website.
SAVE & ACCEPT
Pet Friendly Travel Nursing JobsTravel Nursing Jobs and Motherhood